Hello everybody! This post doesn’t contain any new esoteric content, but it’s just a note that I am still alive, and I have kept up with doing readings. However, I haven’t had the time to sit down and make a new post in its entirety as I have been incredibly busy, though I am slowly working on getting some done. I hope to get another one up sometime next week! For now, I will leave you with this gem from the depths of the Internet: 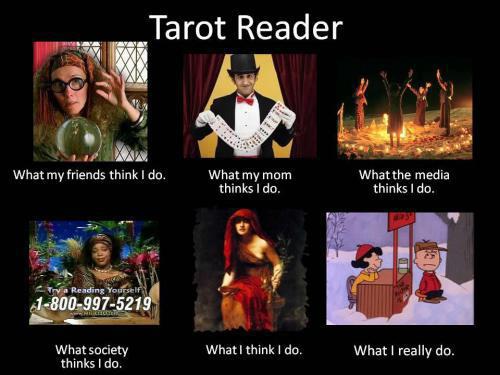 Before I move on to deeper concepts in Astrology (such as Aspects, Lunar Nodes, and Angles), I am first going to consolidate my current grasp of Sun Signs, Houses, and Planets, until I feel like I have mastered them. As such, my posts on Astrology until then will be few until I feel that I have better grasped the subject matter.

In the meantime, I will begin putting up my thoughts on another Esoteric Art this week: Geomancy, starting with the Geomantic figures. Stay tuned!

An esoteric enthusiast, Z. M. Wilmot is a student of Tarot, Geomancy, and Astrology. He posts when he can about these esoteric arts as he dives deeper into them and learns more. He hopes this site can be useful as a learning tool and as a springboard for thoughts. In his other life, Z. M. Wilmot is a sociology PhD candidate and a self-published author of weird fiction.

Tweets from Beyond the Veil